Feast of the Transfiguration of Christ

"And having risen early, Moses went up to Mount Sinai, as the Lord told him. And the Lord descended in a cloud, and stood near him there, and called by the name of the Lord. And the Lord passed by before his face, and proclaimed: the Lord God, compassionate and merciful, long-suffering, greatly merciful and true. And Moses hastened, and bowed down to the earth, and worshipped the Lord." 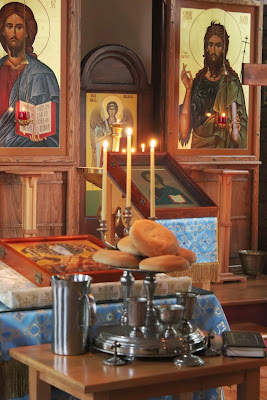 ~from third book of Kings. 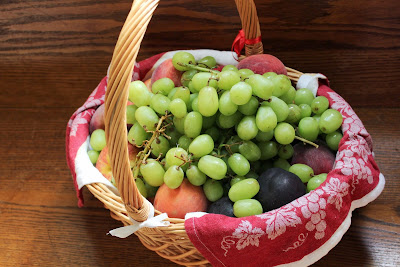 "The feast of the Transfiguration
....[the] summer celebration of the feast, however, has lent itself very well to the theme of transfiguration...." 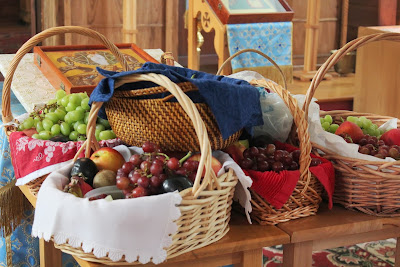 ..."The blessing of grapes, as well as other fruits and vegetables on this day is the most beautiful and adequate sign of the final transfiguration of all things in Christ. It signifies the ultimate flowering and fruitfulness of all creation in the paradise of God’s unending Kingdom of Life where all will he transformed by the glory of the Lord."
(see here for more) 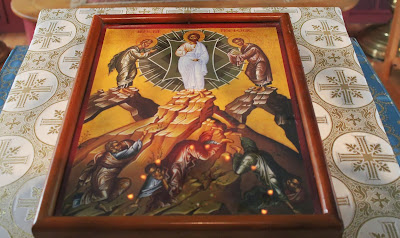 Troparion of the Transfiguration

Thou wast transfigured on the mountain, O Christ our God, showing to Thy disciples Thy glory as each one could endure; shine forth Thou on us, who are sinners all, Thy light ever-unending through the prayers of the Theotokos, O Light-giver, glory to Thee!

Kontakion of the Transfiguration

On the mount Thou wast transfigured,  and Thy disciples, as much as they could bear, beheld Thy glory, O Christ God; so that when they would see Thee crucified,  they would know Thy passion to be willing, and would preach to the world  that Thou, in truth, art the Effulgence of the Father.

Posted by elizabeth at 1:00 pm

Email ThisBlogThis!Share to TwitterShare to FacebookShare to Pinterest
Labels: celebrating the feasts and fast in the home, Feast of the Transfiguration, Our Faith @ home

The Joy of the Feast!