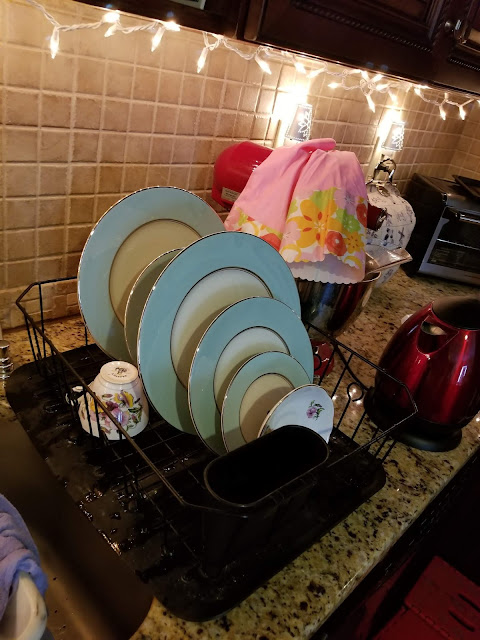 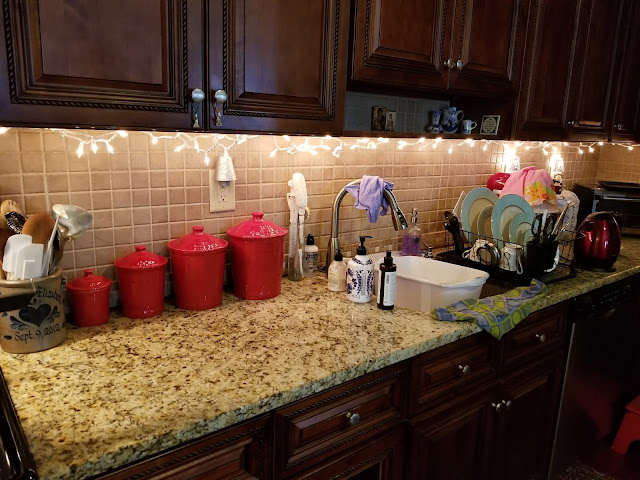 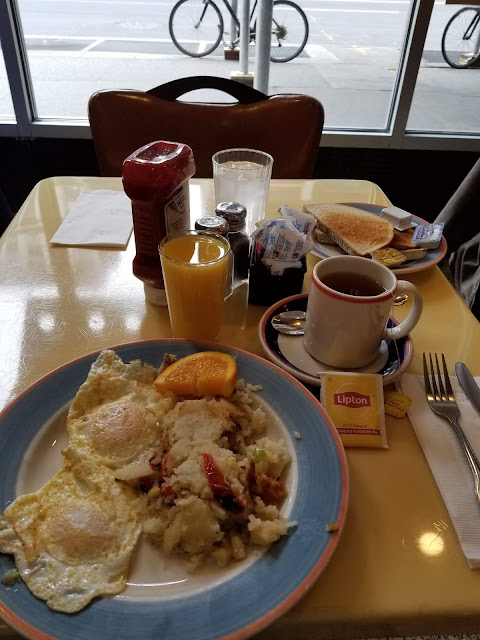 A blessing was that I was able to put away the stamps I got out for cards
the other day, got the 3 tiered trays washed and put away, did dishes and
a load of laundry before I left for NYC and had the nice
second breakfast pictured above.
And I figured out taking a subway from the diner to near the eye test place.
Cheaper than taking a cab and fast too!
God gave me a lot of peace before the test....
the test itself was OK, but my eyes really were sore after... I wrote (what is below)
on social media and it will explain the rest.... 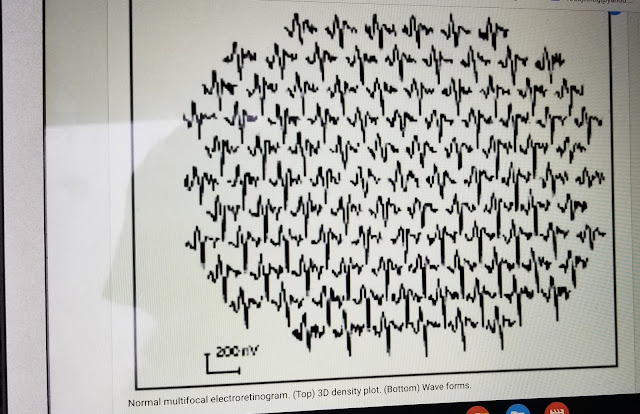 This time I did get some feedback on it (and very sore eyes, thankfully this is the last test that I have to have those big lenses in my eyes with a wire attached). Not sure what the news will mean, but my eyes did not see everything right. I had a test called the multi-focal ERG and a normal one looks like the picture I am attaching here. [the picture above] My eyes did not do the top part of this right (I don't know more about it or what it represents and don't know why/how it happened etc) as it did not have the full 'wave' ... the doctor showed me. She was really nice and took time to talk with me. My eyes hurt after this test - sore I guess you would say - for the first few hours I used a ton of artificial tears and closing my eyes hurt worse than having them open, which was not great either; dry, stinging, very sore. But thankfully the worst of that pain is gone though my eyes still feel quite tired. I have my third eye test tomorrow and the last one is May 23rd and after that I will find out more. The doctor I saw said that my retina specialist is a very good doctor (I had always thought so as well). I understand that this test is for one's central vision and the doctor explained that the findings of this test would explain why I can not see things as clearly/sharply as I could in the past (when I would get a better eye prescription, I've had glasses since I was a kid). The test tomorrow will not have the lenses attached to wires in my eyes, which I am so thankful to know....
***
My third eye test is tomorrow, later afternoon back in NYC.
***
I am trusting God with all of this and am thankful for so much
support and for a Husband who listens, who encourages and is with me in this.
***
I have a lot to be thankful for!
***
Above all things:  Christ is Risen! Indeed He is Risen!
Posted by elizabeth at 11:02 pm

Reading your description makes me groan with sympathy for you, Elizabeth. I am so glad you are able to trust God in this. I'm sorry some of the tests are uncomfortable and that there is soreness afterward. Praying for peace about the tests that are still upcoming, and for clear results when they are all completed.

You're really going through a lot - I hope they can do something for your eyes. xo

Praying for a good solution for your eyes. Jesus is holding your hand and will never leave you! That breakfast does look good! Hugs, my friend!

Hopefully once all the tests are done you will get a diagnosis and then find out what the next step will be. It's such a blessing that the doctors you see are pleasant as well as knowledgeable. My eyes are also causing me a lot of trouble but it doesn't sound so serious as yours by far. I had cataract surgery on both eyes last fall and now a film has grown over the new lens in both eyes. This will be removed by a laser in July.

It does sound like quite a trial. I should think your eyes and your whole mind and body would be quite spent after that ordeal - and there's more to come? Lord, have mercy! I'm glad to see you had good nutrition to keep your strength up, and I hope you are sleeping plenty, too. Take care of that precious temple of God.