Wednesday: tonight it is raining so much that the streets are flooding in places 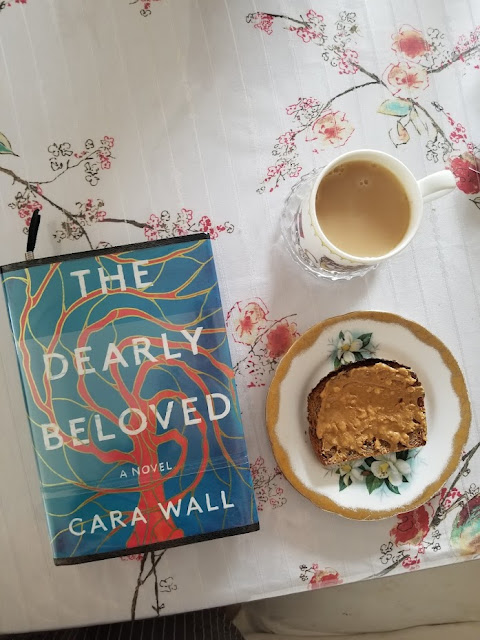 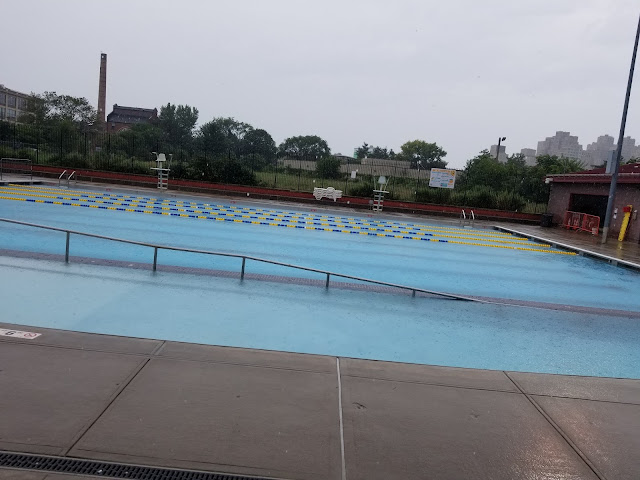 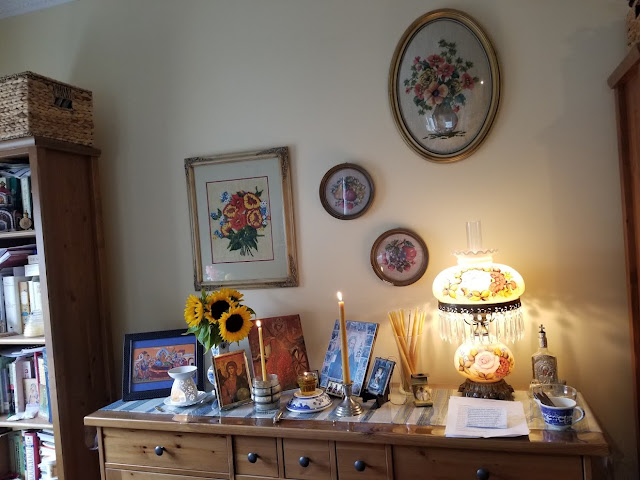 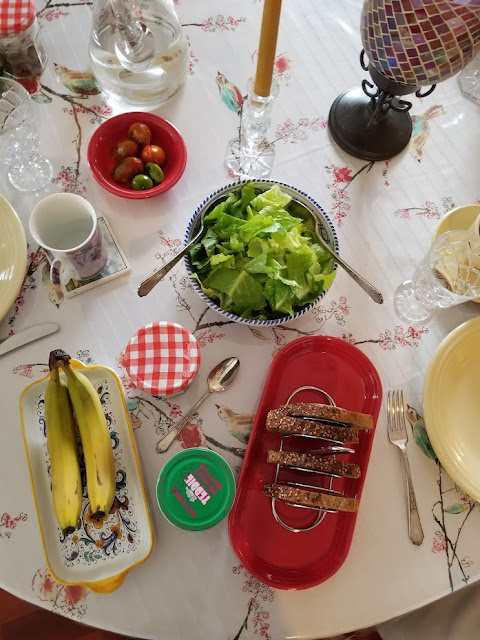 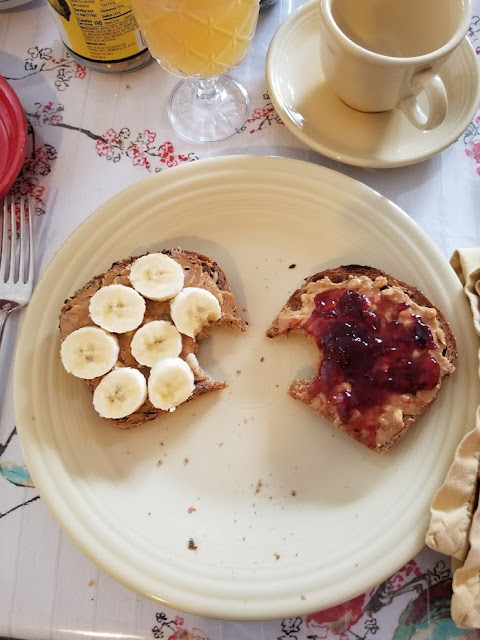 Hello again!
It's evening, it has been a super full day.
My Husband did a lot of cleaning today
(it's a once-a-month or thereabouts thing) and the
vacuum always makes me feel like everything is messy.
It's the loud sound it makes.
I got lucky and escaped to the bedroom to read for a bit.
But I also had to help move a table for next weekend
as my Husband is going to reorg his office space,
and I helped clean up some clutter in the livingroom.
And made lunch, dinner. Tonight I whipped around the
kitchen area cleaning, putting dishes in dishwasher
(having unloaded it with clean dishes twice today),
clearing off the island that was making me crazy
with clutter and generally got ready for tomorrow,
which is another day in NYC for me.
Eye doctor appointment and I hope a quick time
at my library and the MET.
I knew it would be way too much for me to come home
from being in NYC to a crazy messy kitchen area.
I need things clean and orderly.
***
So, about the book in the first picture.
It's really good.  Great writing.  I loved how she used
unusual but yet fitting discriptions of things,
like reading a good book was like eating licorice.
The Dearly Beloved by Cara Wall
is a gem.  It's set in NYC, follows four people
who become two married couples,
with both men becoming ministers
and the wives coming with.
There's some facinating juxtaposition
where one wife refuses to have faith after experiencing
tragedy when still a teen; the other wife is shocked
when life suddenly has grief but regains her faith;
the men's faith is so different; often uncertain; the one
basically getting mad at God I think when he has
unexpected tragedy.
So I think you could say that one of the themes of the
novel is faith and what happens to people when loss,
grief, tragedy come suddenly, slicing their worlds in half
or reducing their previously stable life to shards broken
at the side of the road they never thought they would be on.
I think it was very real and I appreciated the deepening of
character as they grew through suffering. I loved how
each of them learned more humility,
whether they came to faith, retained faith or
continued to struggle with faith.
I thought the discussion of history and especially the part about
how people in the Middle Ages
thought differently than many
in the 1950s at school where in some schools at least,
no longer belived in God yet in the Middle Ages
so many, the majority did.
The question of which age is right was posed
beautifully and with freedom.
The book's plot is a circle and once you begin reading it,
you pretty much already know that.
Interesting how stories can be presented in a circle,
in the Middle Ages the circle being more the understanding
of how history works (instead of linear).
So if there was one thing I found not answered,
it was about faith being found after suffering that, in many ways,
does not stop in life.   And as I thought about it later, the one
Christian answer to suffering that made the most sense to me
was not really touched on.
That being that God is in the middle of our greatest suffering
there with us, helping us bear it, being with us,
not taking it away but just
Immanual: God With Us.
This said, it was a worth while read.
At least if you are me.
The book is, in ways, full of questions and disquiet,
and sometimes it made me feel like life is very urgent.
But it was also such a great balance of characters
and about what one needs to do as and in a church,
to lead it.  There is a lot of wisdom in this novel,
when considering that question, with time and place at hand.
Also, with how things feel for so many, it was
exciting to see a novel about people with faith,
Christians in NYC.
So much more to say about it,
but that's enough for now.
***
It is raining a lot. I think there is flooding down the
street from us.  I am sorry for that.
***
I pray that no matter what, that you
will know that no matter the suffering,
you are not alone in it.
***
God bless and keep you...
Posted by elizabeth at 11:05 pm

Your latest read sounds very worth reading.
I heard about the flooding ( I believe it's a result of Ida). Hope you have a good day in NYC.

Hope you are safe in the flooding!

I just finished reading And the Shofar Blew by Francine Rivers. It's similar to yours in that it follows a young minister and his wife and the way they start out so strong for the Lord, but later it becomes more about becoming a huge seeker-friendly megachurch. And how they finally find their way back to God and a simpler life of following Jesus. Great characters and story. I read it years ago, but couldn't remember much of it, so it was like reading a new book, ha ha. Now I'm reading The School of Christ by T. Austin Sparks. My mom gave it to me in 1994 with a note in the front saying it's a "very important book". And here I am 27 years later, finally reading it! Maybe now is when I need it most? Blessings!