My Husband woke me up and soon he said, 'the subway has flooded' and I went online and confirmed what he said but also that the PATH train into NYC was up and running.  The NYC website for the Subway and such things had this message and still did last I looked:

Service across our system is extremely limited as we work to recover from last night's heavy rainfall and flooding. Arrivals and travel times in our apps and websites may not be accurate. Please avoid all unnecessary travel at this time.

Updated September 2nd at 9:31am

As it never changed messages and I could tell that the Subway lines I would take were partically suspended and/or running with delays, I realized, with some regret, that I could not go to my library or the MET today.

But on to the good news of what I did get to do.  I was able to go to my eye doctor and my eyes, though not fully well, are stable and that's the best we can ask for.  So I am VERY thankful for that!

Also, I went to Michael's and got knitting yarn, the biggest cute bag so that I could bring home 3 picture boxes for my Husband who wanted them and I went to Trader Joes and got a small carton of French Vanilla ice cream and a kombucha. Then I went to TJ Maxx (having drunk the Kombucha while standing near the wall of a building) and found the cutest little mini cake stand made in Italy and a planner, and some nice fall coloured towels.  And then I walked to the PATH, took it and went home.

I had heard that at least 7 in NYC died in the flooding yesterday. I felt like that tragedy and the flooding of the Subway was under everything happy today.  It was like silver and gold being mixed together, unable to be seperated.  And also I forgot money for the homeless and, well, that makes me really sad, seeing them asking and I had no change to give them.  I don't have a perfect track record, but it hurts me to see them, to know they are suffering when I have a nice home to go to.  I must remember next time.   So that was with me too, along with the loss to sudden death by drowning that people woke up to today.

This is the cute mini-cake stand: 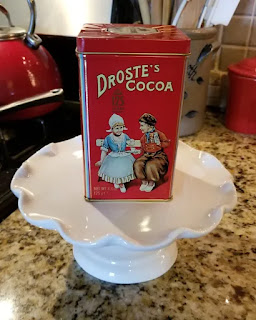 The cocoa tin is to try to show it's size (it's a small narrow tin!)... I am too tired to upload more pictures.  But I do have this cute picture of a sign I saw on social media: 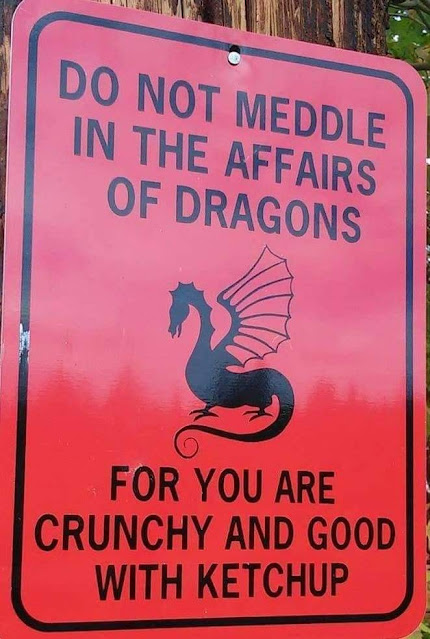 I'm sorry your plans didn't work out. I had heard about the flooding but not that 7 people had died due to that. That sure is sad.
The cake stand is cute and I like the idea of new towels in Fall colours. I'm so glad it's Fall. I sit on the porch looking over my back yard and am so very thankful for all my blessings.
Youngest son had his second Covid shot yesterday and was very very ill last night and all day today. He just called to tell me he's feeling a bit better now and I'm so thankful for that too.

It's so good that you were able to see the doctor. And your little cake stand is lovely. I think you are someone who could use a few cake stands!

these extreme weather events are so troubling and seem to happen more and more. There was flooding in the area but not where I live and I am grateful!!