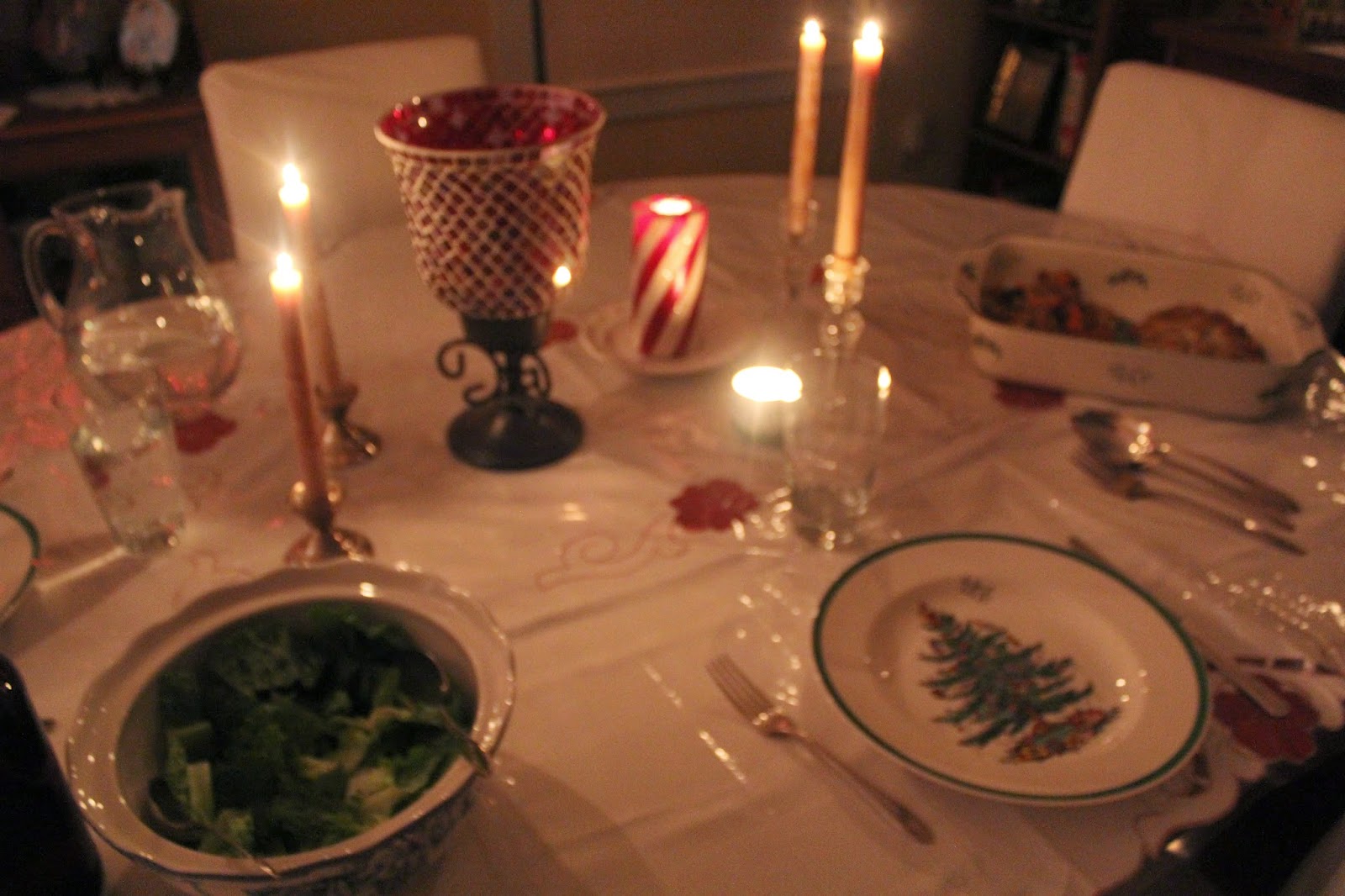 The Christmas candles lit, a nice meal made
on the last Friday of the 12 days of Christmas... 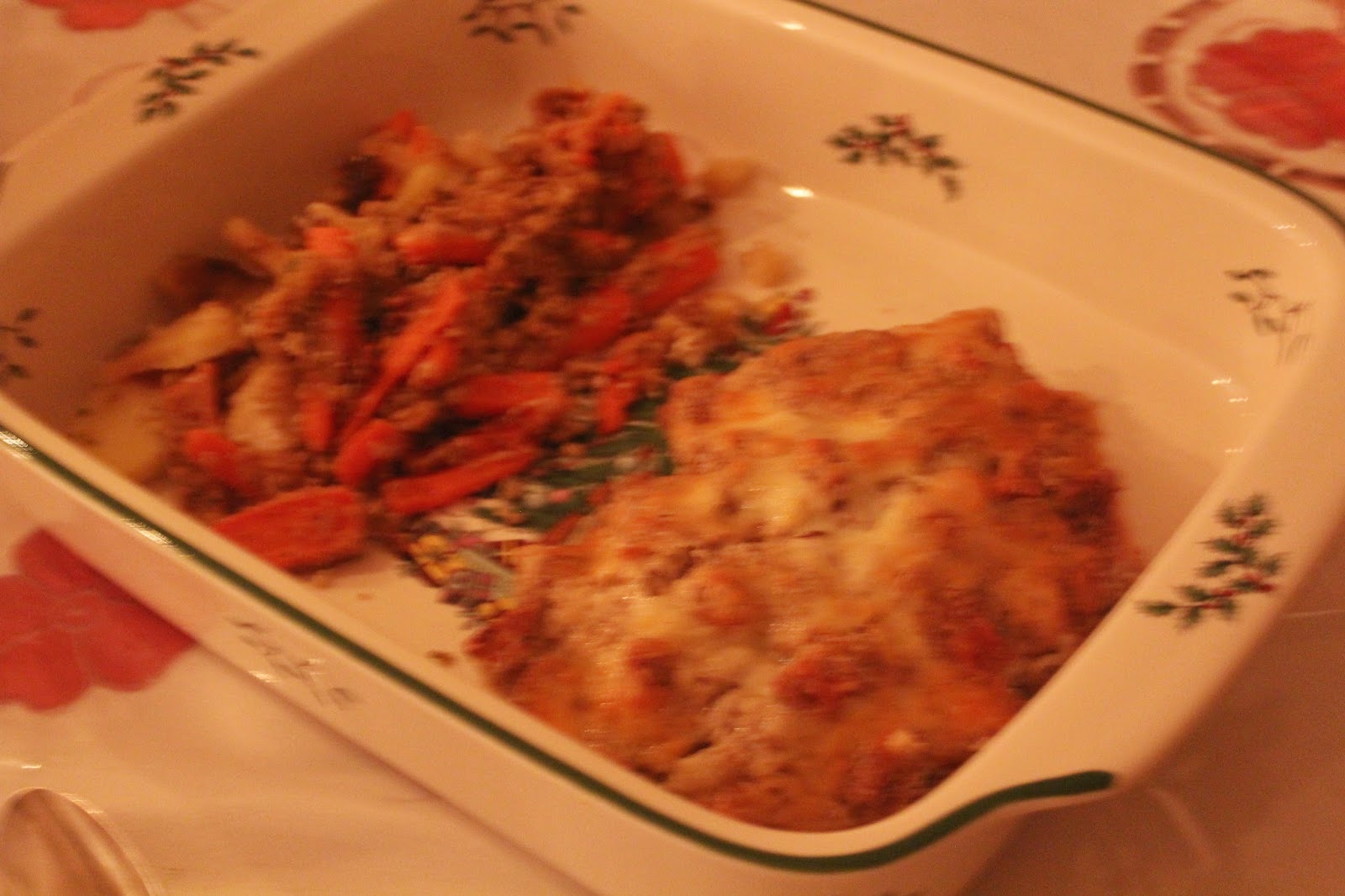 I made a chicken strata casserole that
I will try to write on making later on.
It was tasty and as promised in the cookbook,
light and airy. 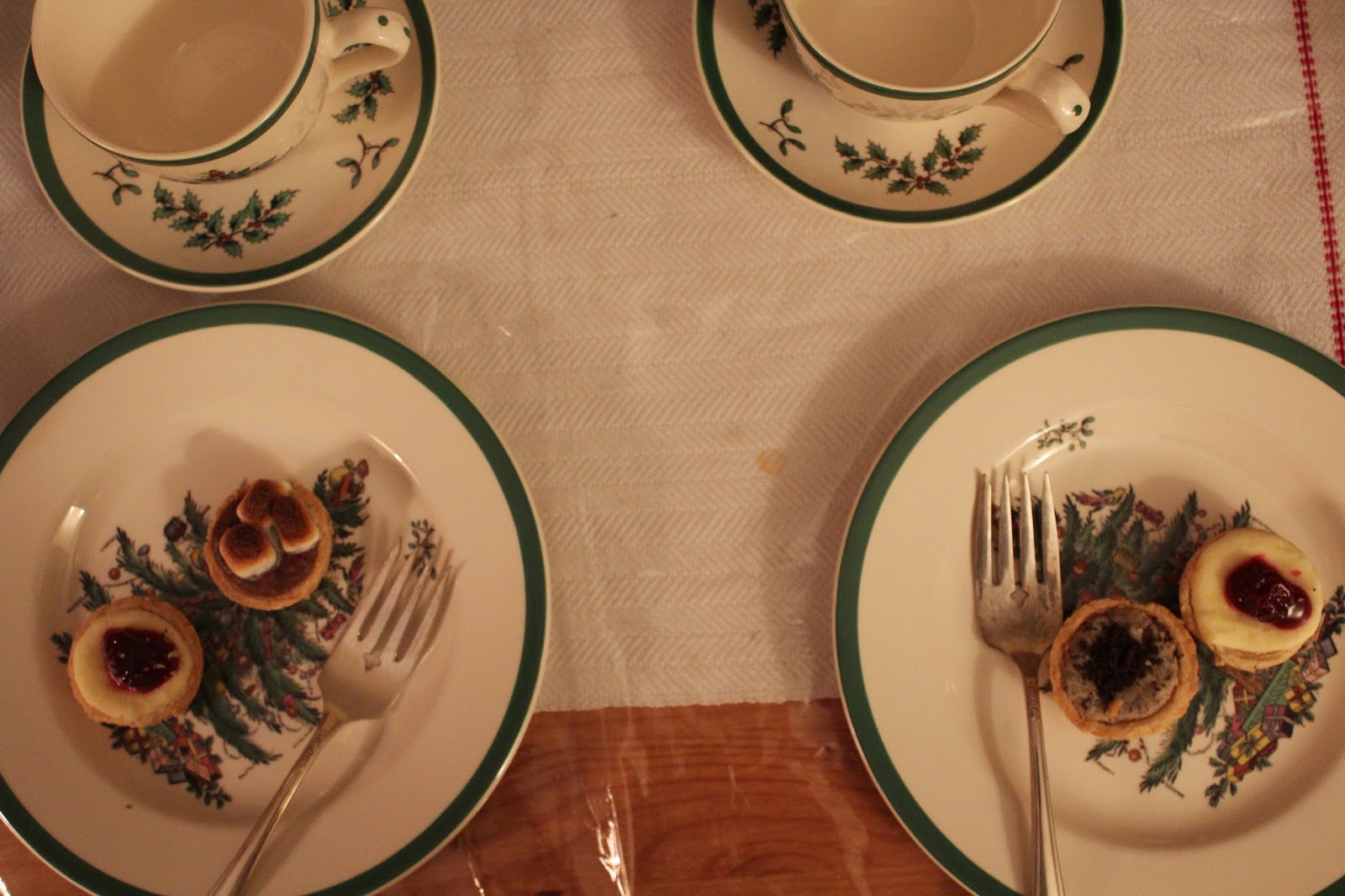 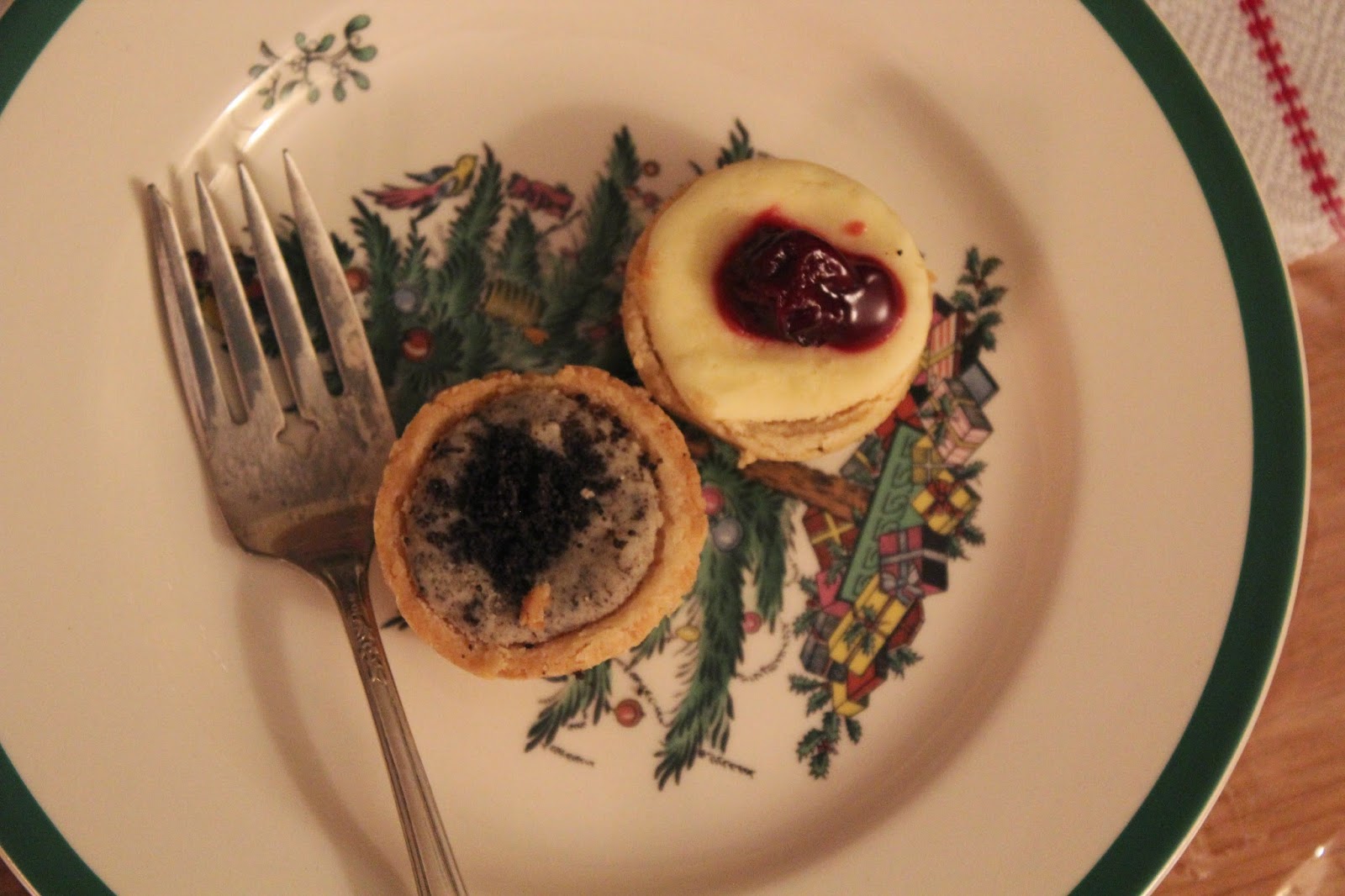 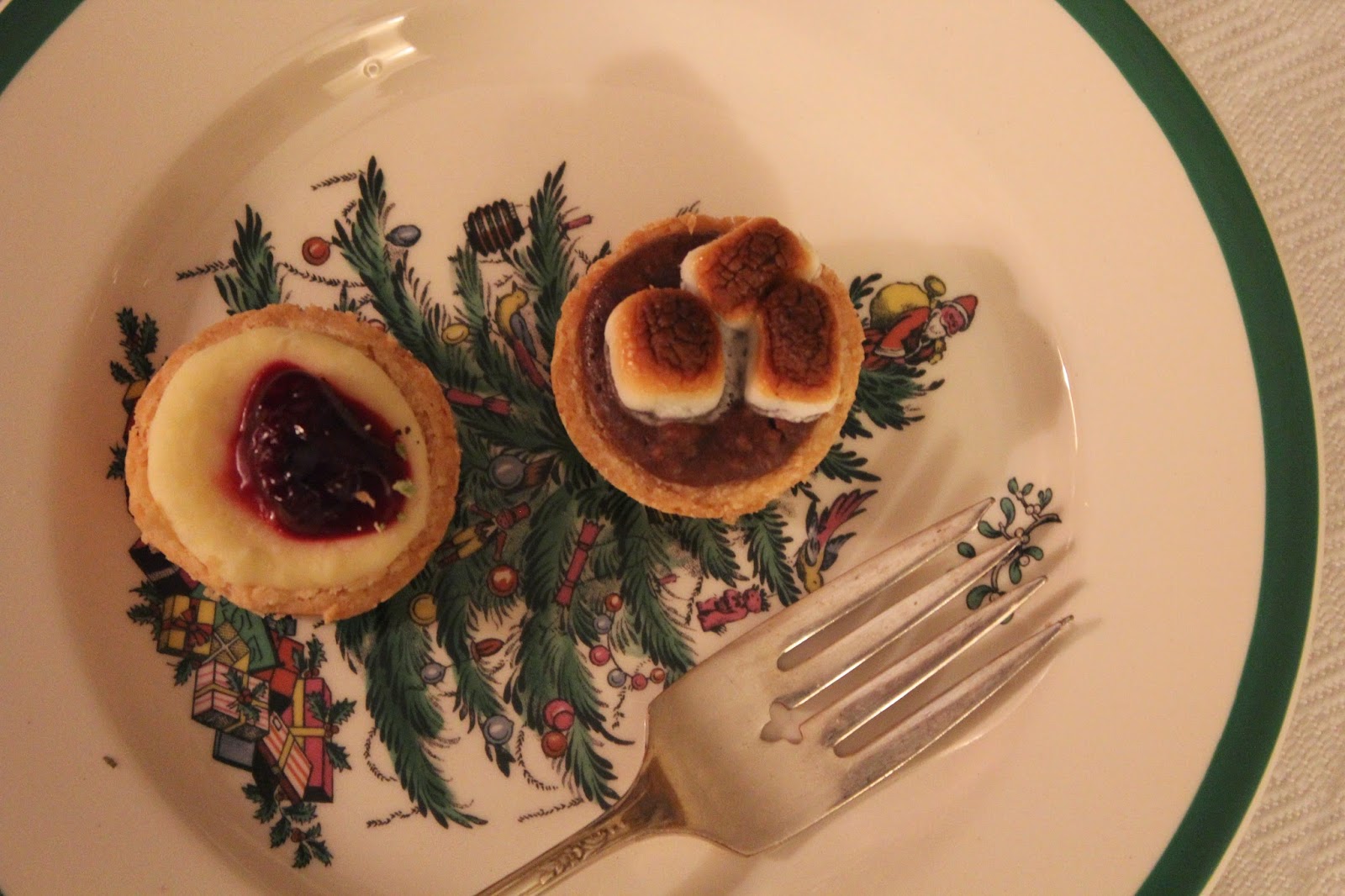 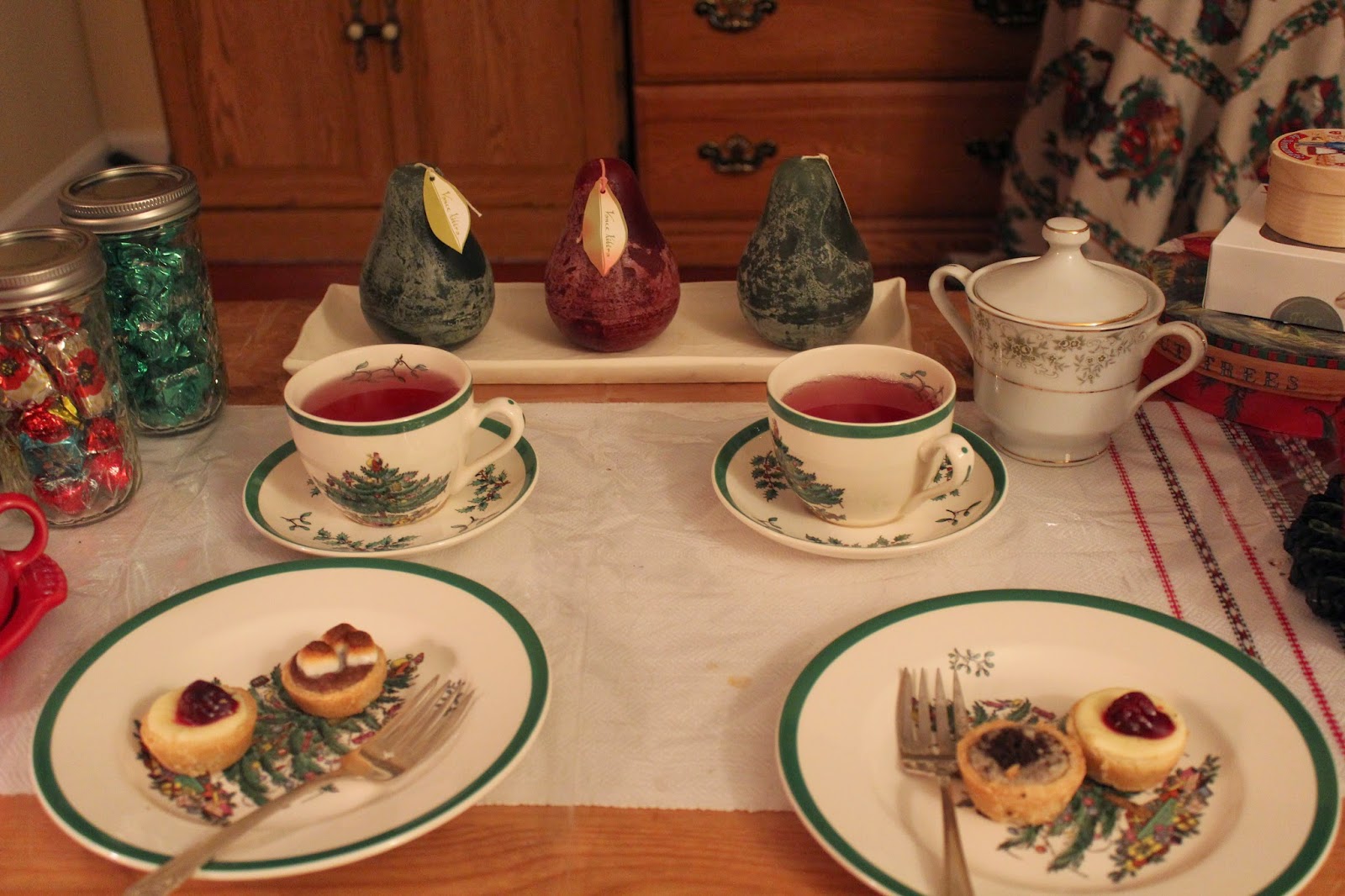 We tried an apple cinnamon tea to go with;
it was heavy on the hibiscus but I had used two
tea bags and will try one next time, and perhaps
add another tea along side to cover the overly hibiscus nature of the tea... 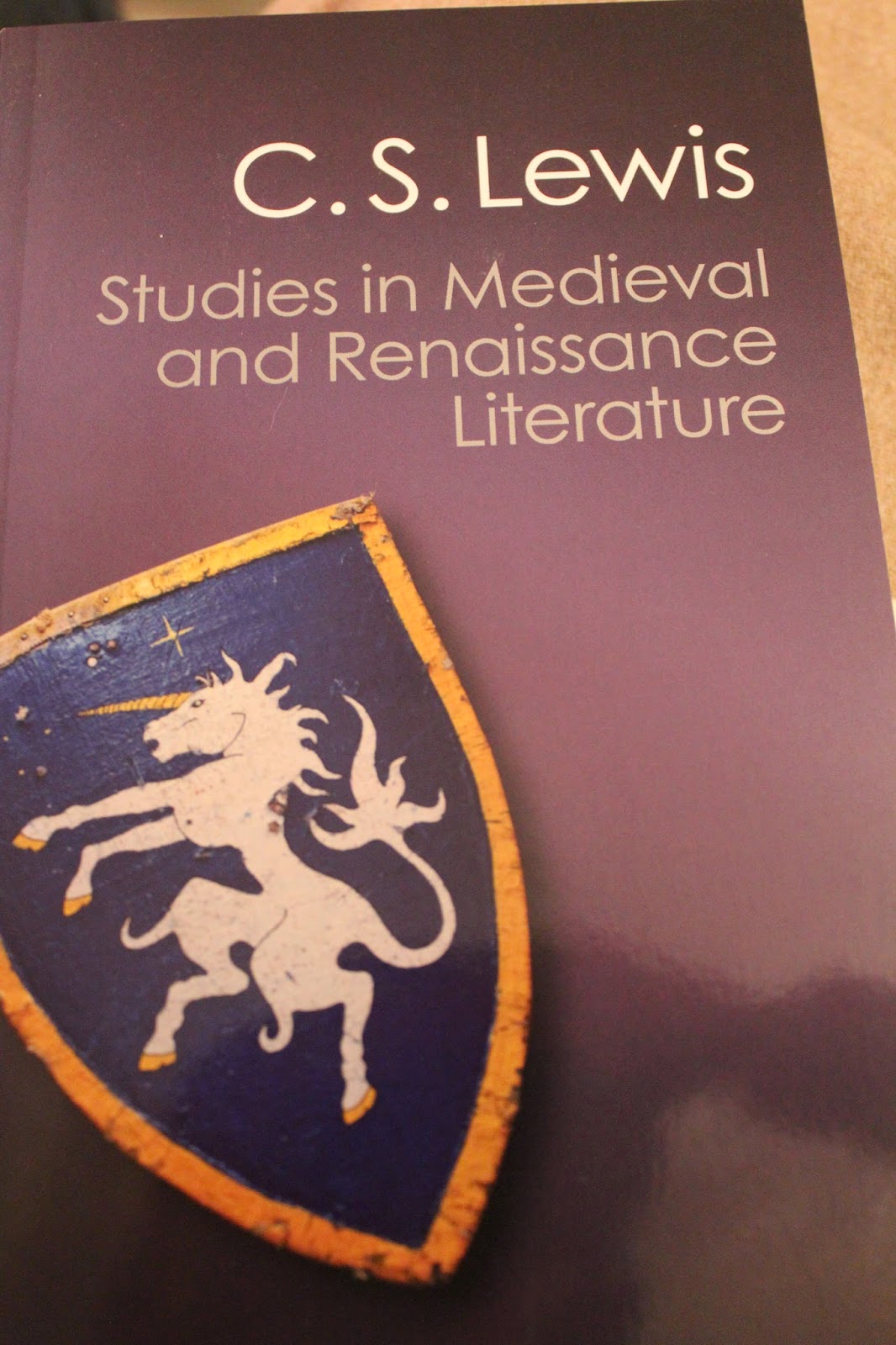 My beloved gave me this book on CS Lewis;
it is one that I found at the Strand bookstore months ago! 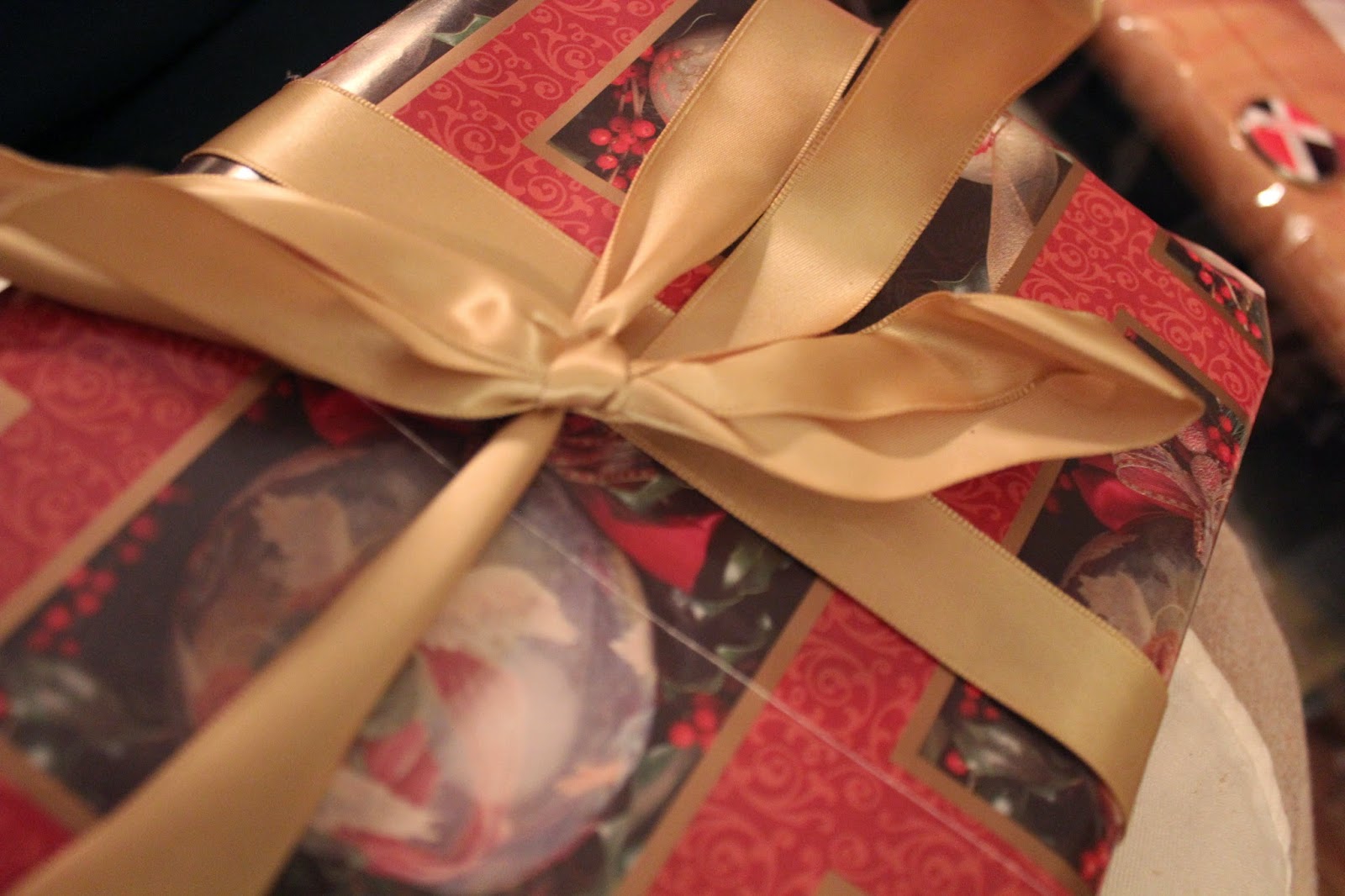 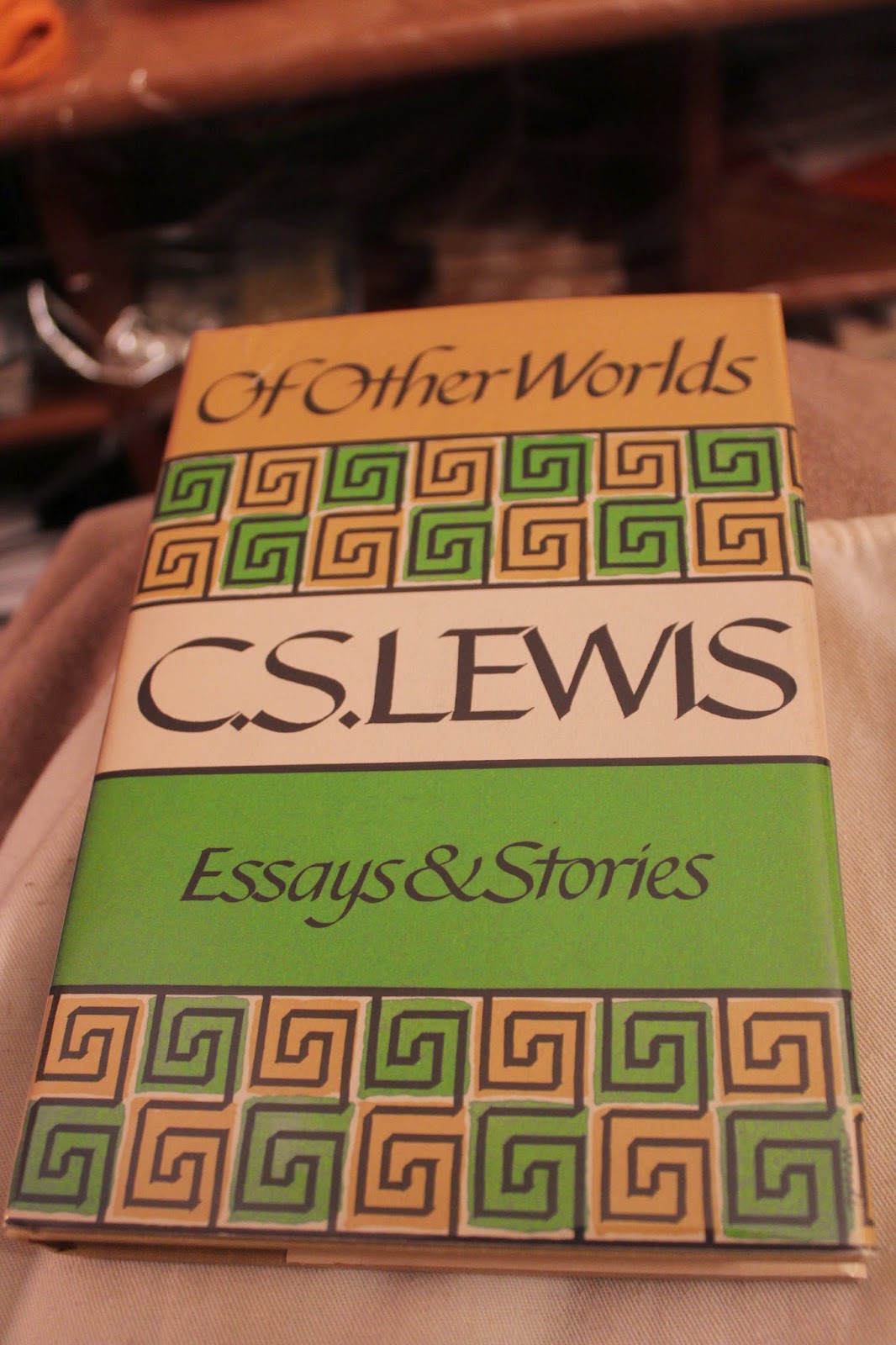 I found this first American edition of
Lewis's Of Other Worlds: Essays & Stories... 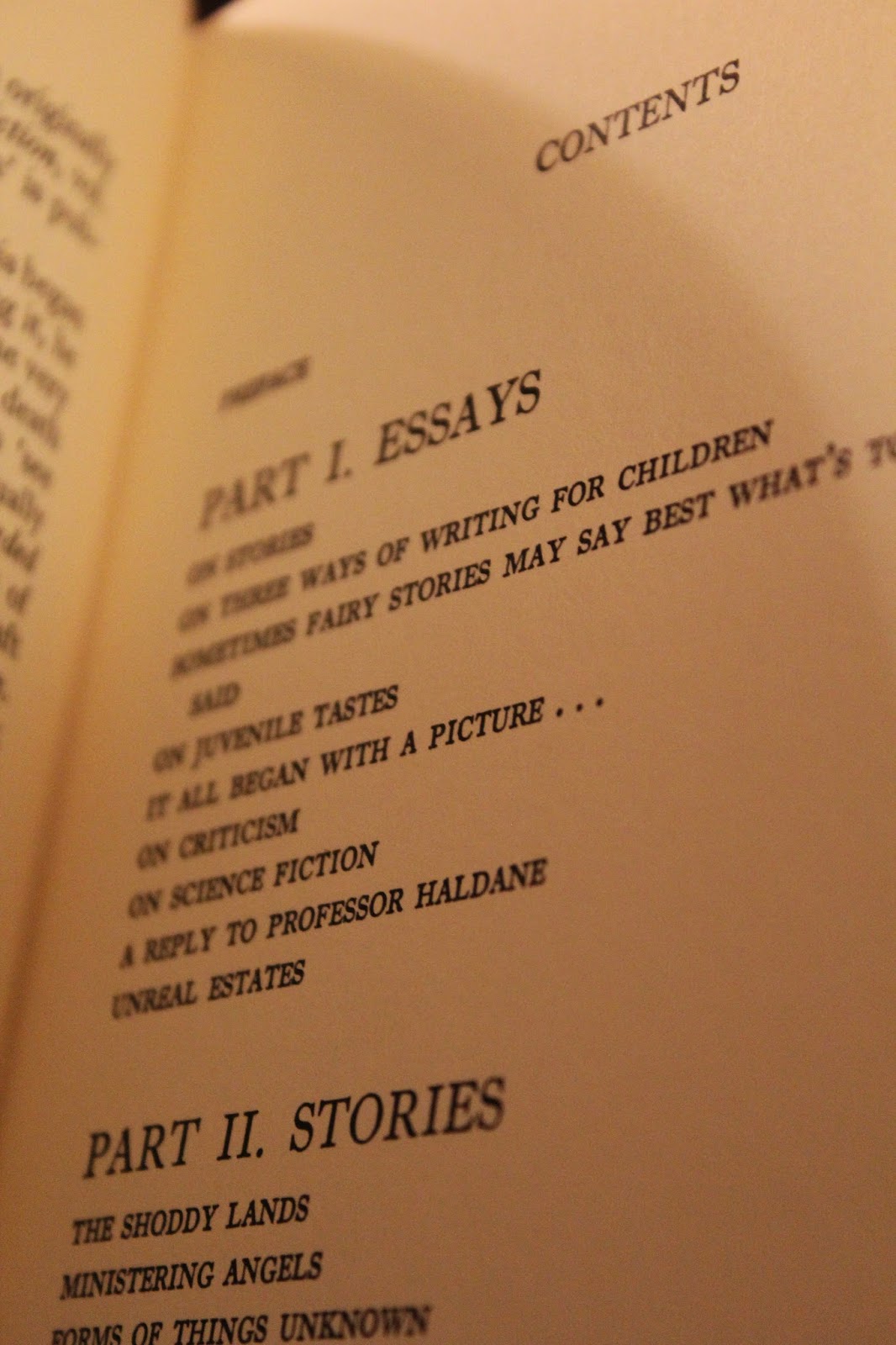 Mr. Husband loves this one! 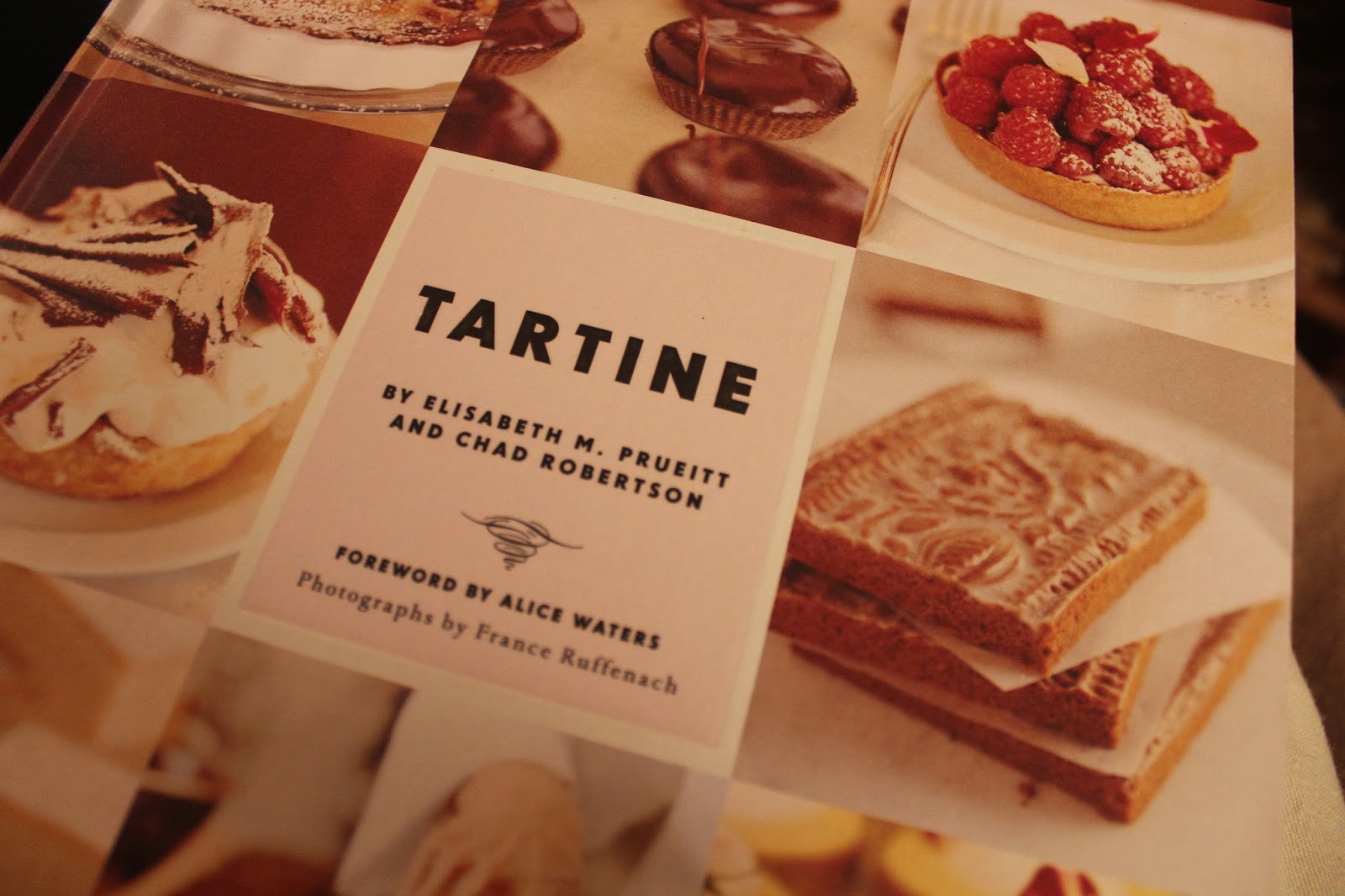 I got this cookbook on pastries! :))) 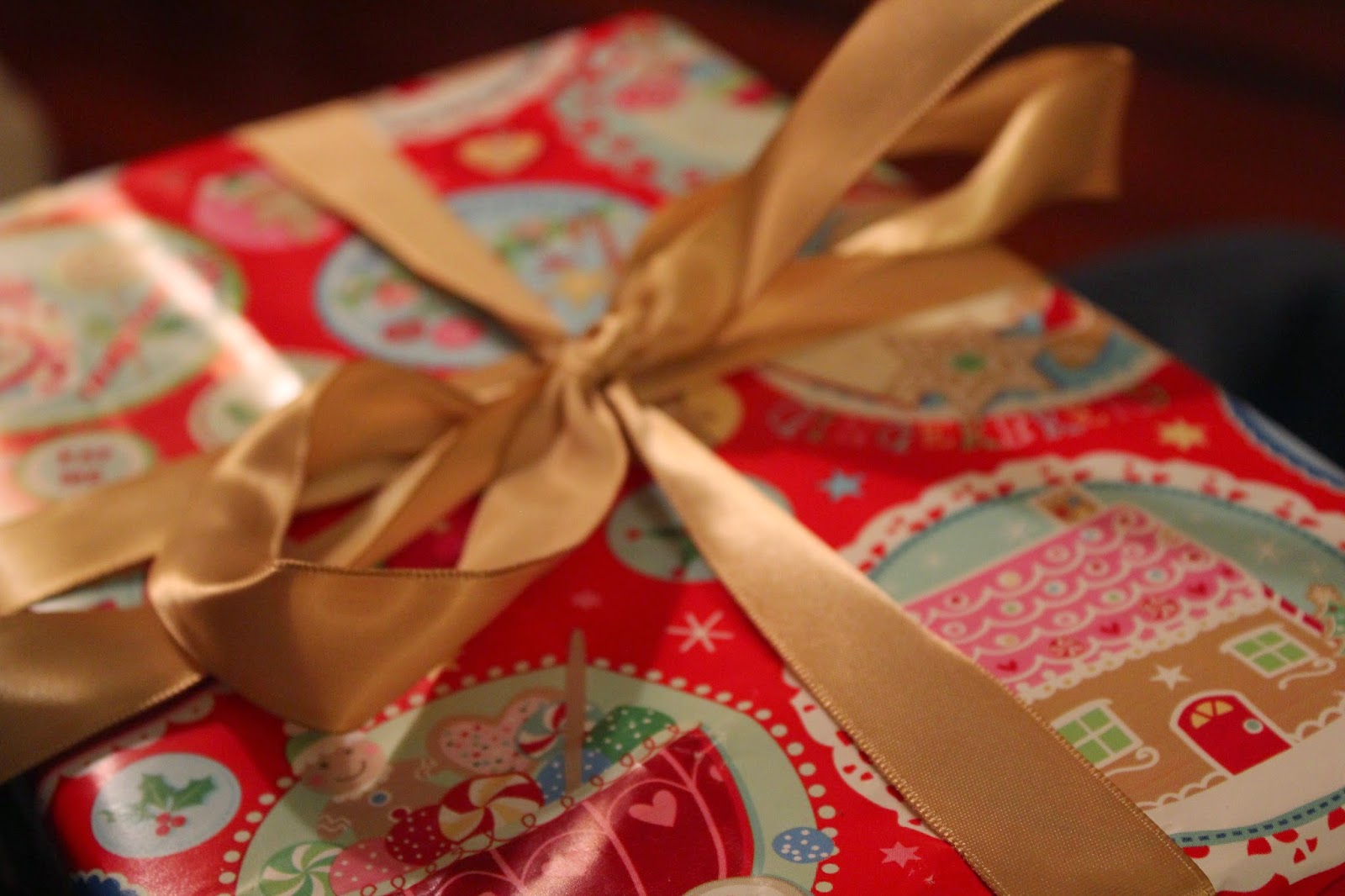 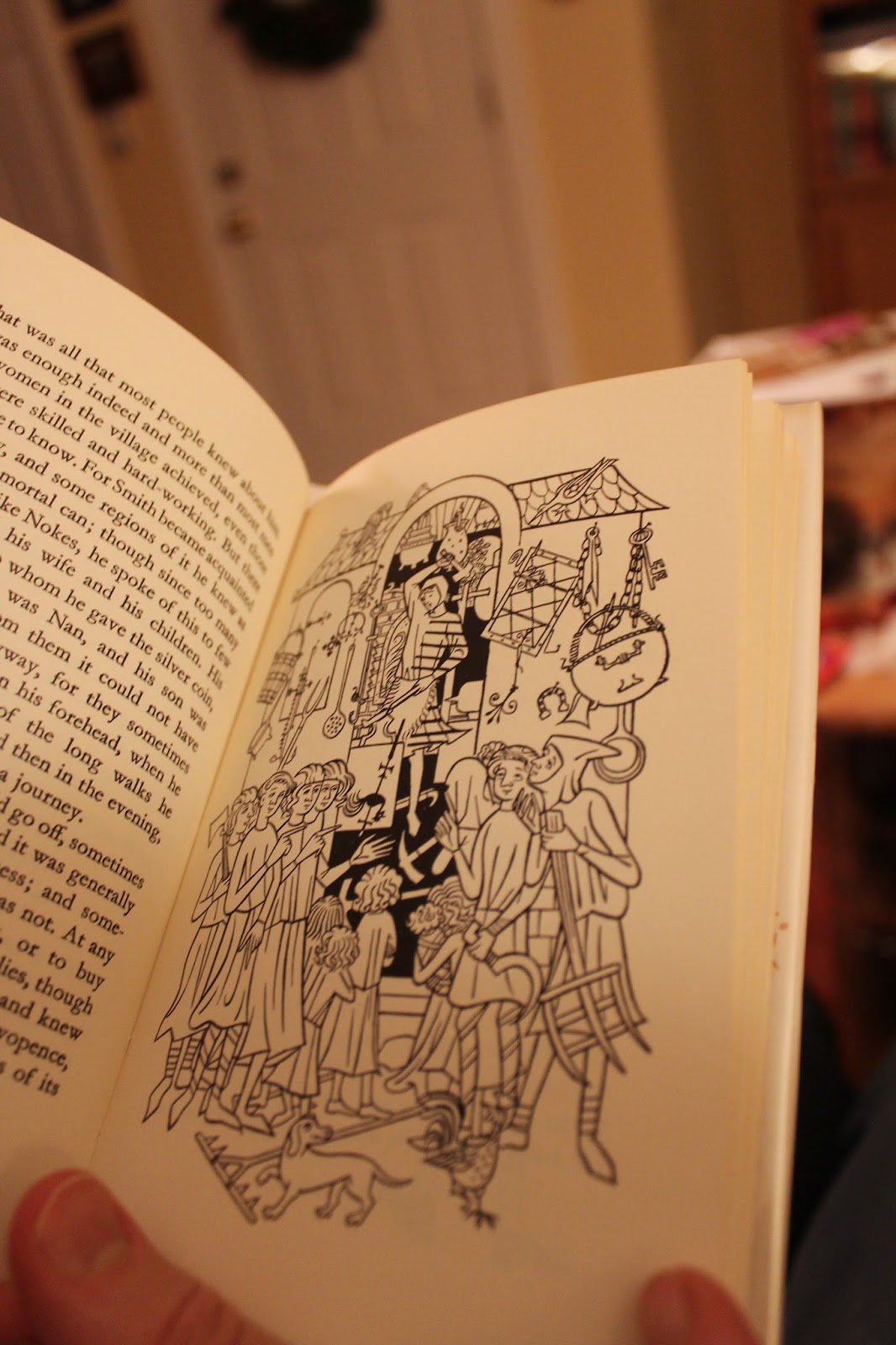 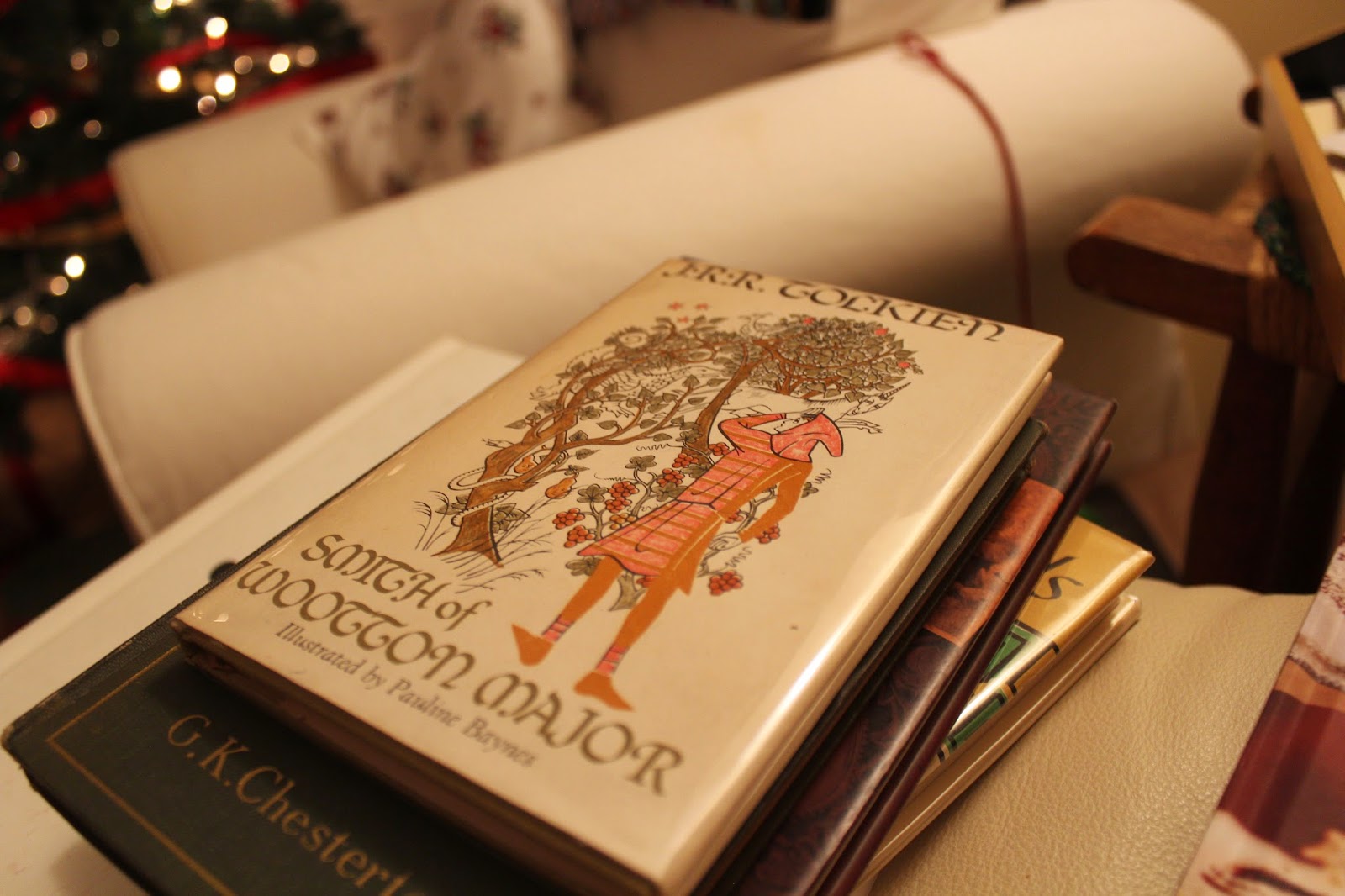 I found this second printing first American edition of
JRR Tolkien's Smith of Wooten Major for a
really decent price
and I saved it for last and as I thought,
it was one of Mr. Husband's favourite gifts
from me this year!
I was so excited about it!
*
It was a beautiful 10th day of Christmas!

This is such a wonderful idea of yours and Mr Husband's :-D

I love getting books as presents. I have all of the ones my mom gave me growing up. A treasure!! Love the thoughtfulness in your selections!

love reading about your 12 days! And that Tartine book I hear is amazing!!

TJ ~ the books is wonderful! now I just have to use it!!