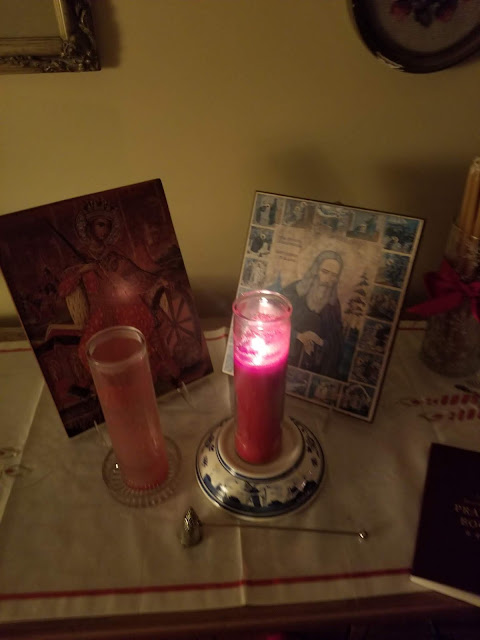 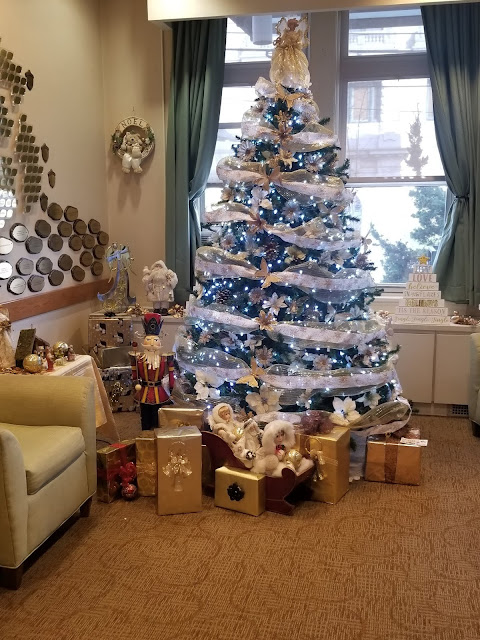 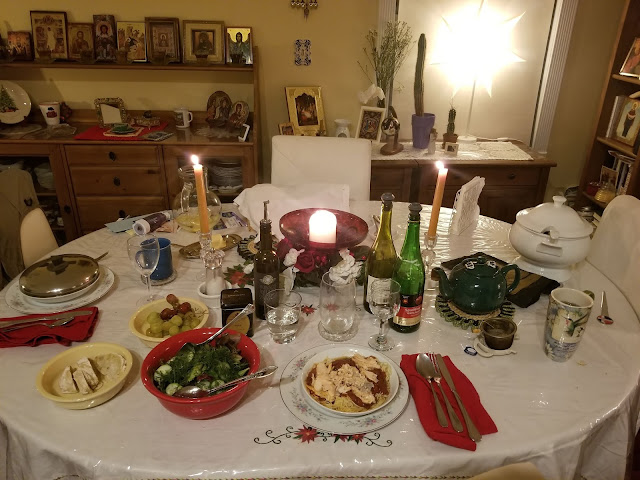 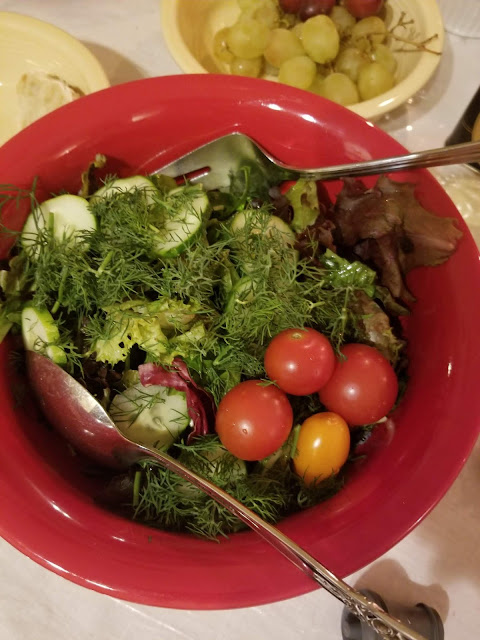 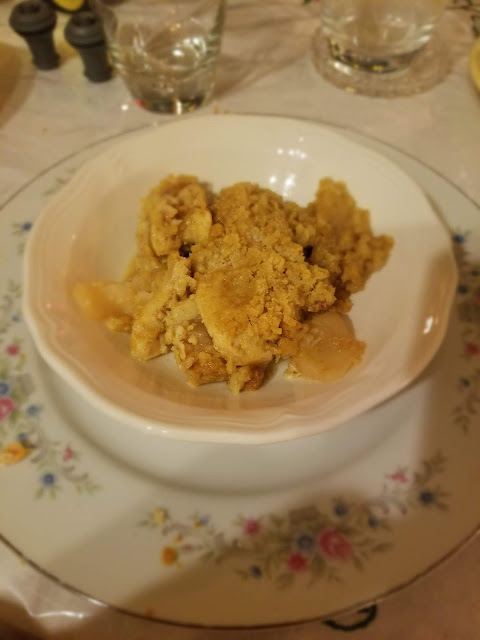 In someways today began with finding out that
the much beloved Elder Ephraim of Arizona died.
See here for more information and here.
I lit a candle for him (one of the red ones in the glass).
My Husband and I talked a lot about his death today;
he founded many (17) Greek Monasteries in the States
and when I learned of his death, my first thought was
that I had been told that a Saint had died. I am not alone in Orthodoxy in
thinking this; it's hard to explain here, to many of you who are so kind to me
and comment on my blog ... but if you want to know more just ask.
Sometimes it's easier to know what to write if I know what you want to know
about such things! :)
Meanwhile, we are praying for the Monks at St Anthony's and everyone
who was close to Elder Ephraim (he had thousands of spiritual children) and who
can be feeling that difficult grief of losing one who was a father/spiritual father and/or guide
or one who they knew or served in some fashion.
The loss is great; far greater than I can understand that some people will feel;
HOWEVER Orthodox Christians believe that those who have fallen asleep in
Christ are in Christ still and can pray for us.  As my friend A in Romania said,
we have gained a great heavenly intercessor.
I know that all of us who love Orthodoxy and Orthodox Monasteries are feeling
his passing, that this is suddenly a very holy solemn time,
but that grief in Christ is a bright-sadness.
***
We stayed local for church, which was great.
We saw L. after church and she is much more herself today
than yesterday - prayer sure works - yesterday she herself said was
super difficult - she could barely talk 6 minutes on the phone with breaks to me-
but today was much better.  Please keep praying for her; pneumonia when you are older
is no joke, as it were.  She really wants to be back in her own home by Christmas.
Having major surgery and now pneumonia it's hard to say but
we will keep praying and hoping.
I don't know what to think other than to keep praying.
***
We had leftovers (Fish and Pasta) for dinner.
And the last of the apple crisp!
It was a blessing!
***
I am slowly getting the house packed up from the St Nicholas luncheon...
and our dryer is being fixed on Wednesday...
tomorrow I go to NYC, Tuesday cleaning house + church,
Wednesday phone meetings and my Husband working from home,
Thursday vespers locally, Friday morning liturgy... all DV
It's a good season but very busy.
***
It is a hard time for so so many!
May God have mercy on us!
Posted by elizabeth at 10:43 pm

I'm sorry for the loss of your dear Elder but it's wonderful knowing that he iis in heaven.
Good news that your friend L. is slowly but surely on the mend.
And, that your dryer will be fixed. You have quite a busy week ahead of you.