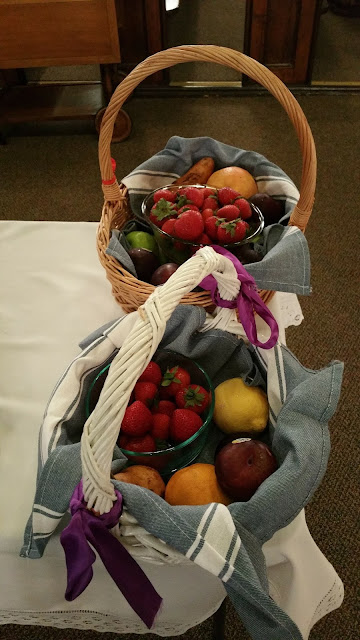 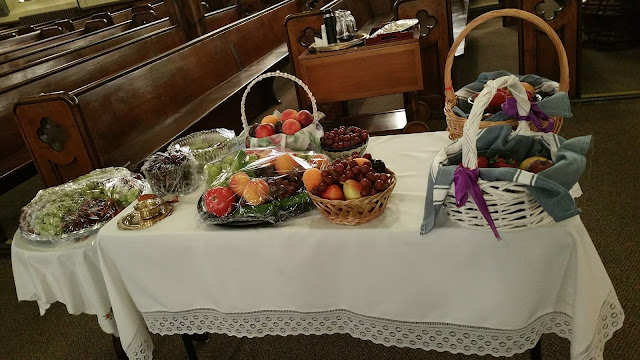 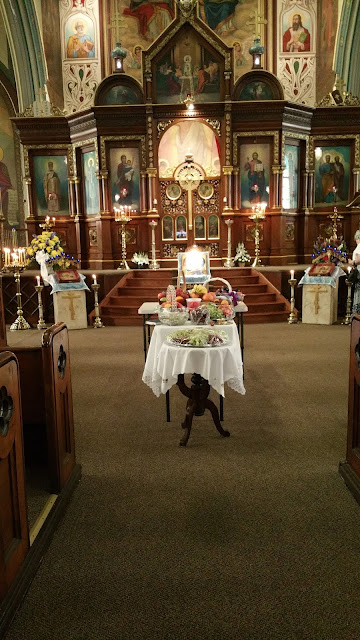 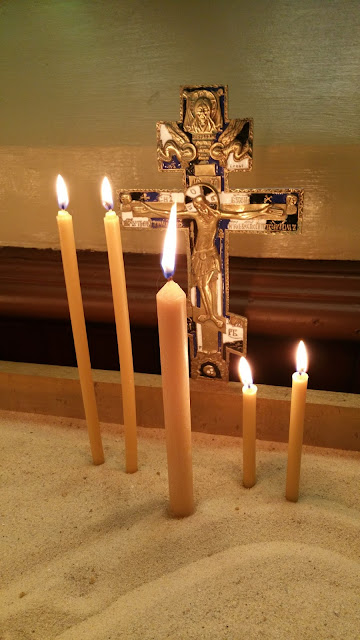 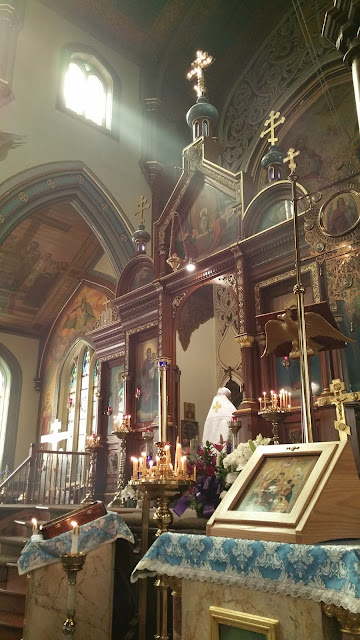 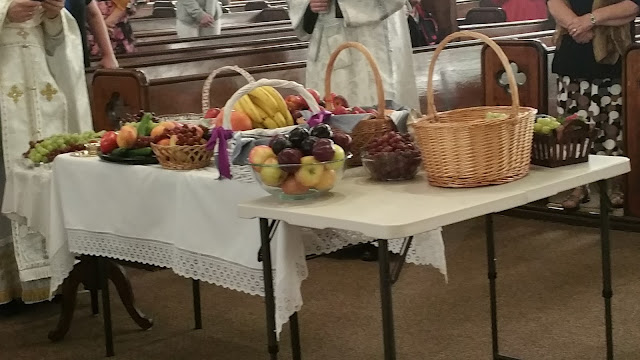 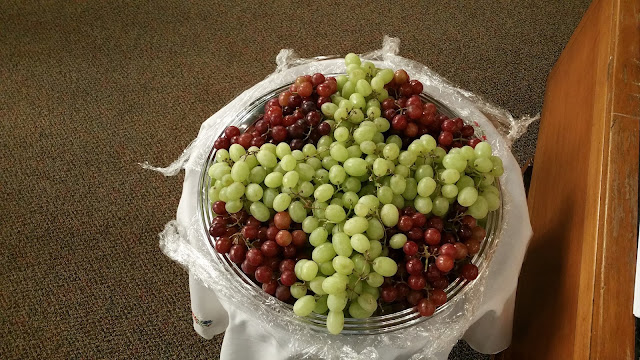 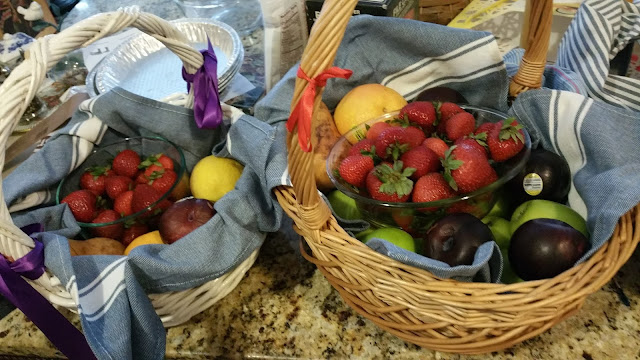 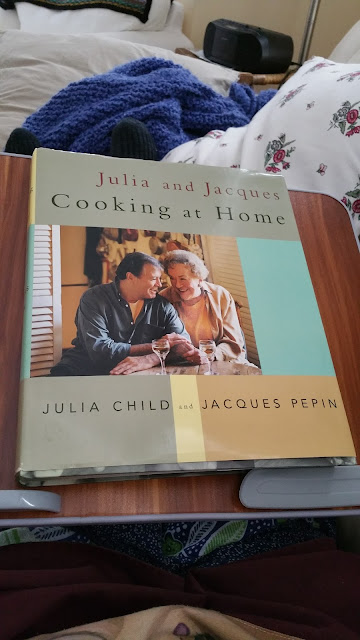 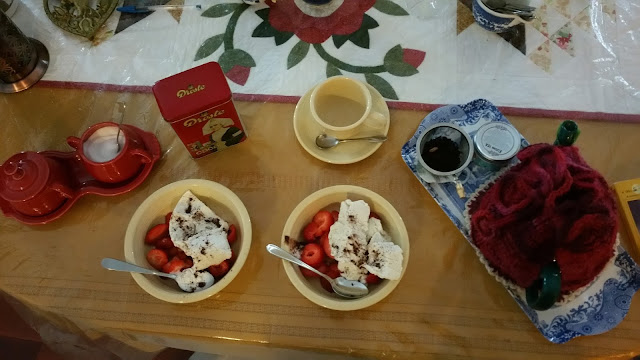 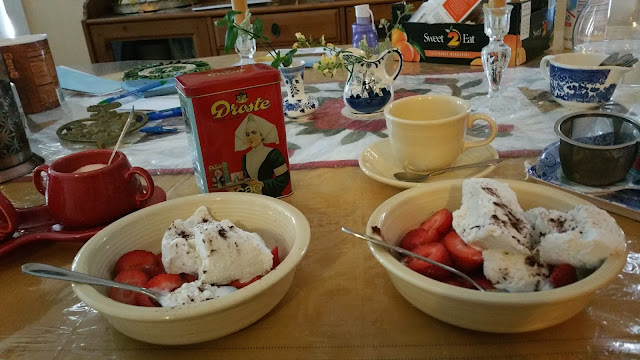 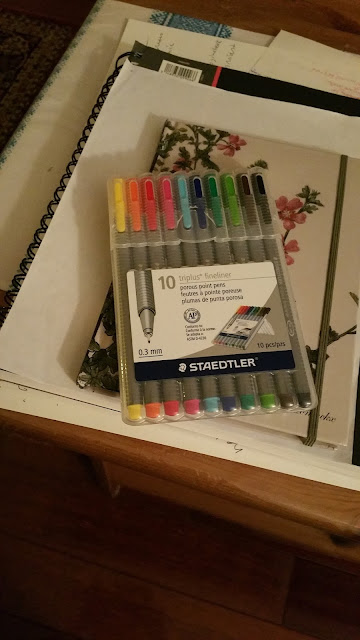 Remembering and putting here some wisdom I was given about
illness while I was on bed-rest....

just snippets of things I remember, including my local priest's visits...

Prayer for wisdom, love and strength of soul and body
Absolution contained woman who wiped Christ feet with her hair
Church is our place of healing, our refuge

when one is direly ill the family can feel helpless, not knowing what to do

a patient has to be patient and possess one's soul in patience
and the soul can get lost and Christ is patient and loving,
a soul has to be quiet and needs quiet
more than everyone's advice and remedies.

It was really hard, those weeks of bed rest;
there was at once a constant movement of people coming to help
via an agency that our insurance covered,
I had up to 5 people from outside our home come in one day
and often 2 + the daily person each day;
so in one way I was constantly dealing with people and
struggling with needing help and feeling so unable to do anything;
that was so difficult.
Having one's physical independence taken away,
not being able to prepare one's own food,
it was hard for someone like myself,
used to cooking and baking and enjoying
things.... and variety.... yes, hard to imagine how
spoiled we are, to take such things for granted,
such as food to our likely and by our own hand.
***
While there were people in my house,
I still, at the same time, felt a profound loneliness.
I ate most of my meals alone, in the bedroom.
My beloved Husband was so busy trying to
hold down his demanding job, keeping the house in order,
making sure I had food, etc etc that we did not get a lot of time,
in the first weeks, to just see each other.
***
I am so glad that this part is behind us now.
Watching the series "When Calls the Heart" and reading
DE Stevenson helped keep the intensity of loneliness at bay.
***
One may think things like
"if I was on bed rest, I would read that big tome of a book that
I always meant to do or work on some big project (like writing etc)"
but the reality is quite different.
The first month was so exhausting, and many Sundays when I would watch
the liturgy online, since I could not go out, I would fall asleep
in the middle of it.
When my quilting-friend would come over for a visit,
her first 2 visits, at least, she had to go to the living-room so I could have a
nap as I could not stay awake by the afternoon.
Physically, emotionally, mentally and spiritually
the stamina for a big project was missing.
Healing from a broken bone not only takes time
but it takes a lot of energy.
I read early on that one needs 3x the calories as normal to heal
a fractured bone ~ there is a reason that I was able to eat more
chocolate and not gain weight!

Posted by elizabeth at 2:38 pm

So glad to know that Tim is safe with Jesus. I hope you will soon be able to get to church!

"...there is a reason that I was able to eat more chocolate and not gain weight!" That is sweet... Not sweet that you had to go through all this to find that out, but still sweet... ;) Happy BIG birthday to your Dad. Blessings to you as your remember your dear friend Tim...and beloved Patrick... May the beauty of every day normal grave you soon...((LOVE & HUGS))

Such a touching post. My own first boyfriend was named Tim. We were in fourth grade, I think. I still remember him bringing a candy heart to my on Valentine's day -- one of those with satin and ribbon. He risked a lot to do that. It was a terrible grief when he went away to visit one summer, and drowned while swimming. It was a hard thing to deal with.

We do still remember them, don't we? That's been such a long time ago, and yet I remember so much. Clearly, you do, too. Isn't it wonderful to have such memories?

Lisa R ~ yes! it is wonderful that Tim is with our Lord Christ!

Shoreacres ~ Linda ~ thank you. And thank you for telling me about *your* Tim. What a kind thing he did in giving you that candy heart! That would be such a shocking difficult loss! Lord have mercy! and may our dear Lord remember this Tim in His Kingdom!

It is wonderful to have the memories of those we knew when we were young. Of course we remember - those we love, they are remembered! This you are also showing!

Tracy ~ thanks so much! love to you!

The death issue changes so much when one is a believer. Firstly living has a purpose and death is another stage one closer to God and the saints and our
our beloved ones.A great deal of pain and anxiety is lifted.And we can still do so much for the dead like prey for them,help others in their name etc. This way one feels connected in a healthy way . I'm sure Tim was taken away the right moment for his salvation
The pain is still there but it helps to know he's in good hands!