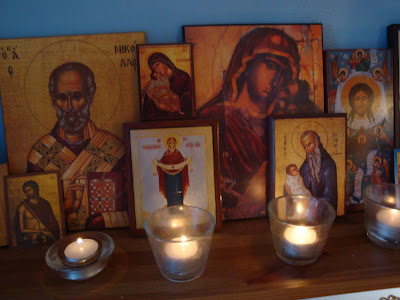 We are right back where we were three weeks ago today. Noah's fever has continued to climb and isn't responding to fever meds (tylenol and ibuprofen alternating every 4 hours). His fever was 104.9 the last two times we checked.

He now has some fluid in his right lung, which is where the fluid build up started last time. The difference is that last time, we gave lasix which eventually worked to pull the fluid off. He's been on lasix ever since then, and this time he's getting the fluid in spite of the lasix. I just spoke to his infusion pharmacist and he said that the other good choices for diuretics are not available IV. Unless they can find something IV that will work on this fluid, it could continue to fill his lungs.

He is making urine, but it is very dark - butterscotch colored. He is retching a LOT. He's insisting on sleeping sitting up - I've managed to put the head of his bed back just enough so that he isn't falling forward, but with every tiny adjustment back he opens his eyes and shakes his head "no." It probably helps him breathe better to be upright so we're only barely reclining him.

Any touch or movement makes him start retching again, so I don't even feel like I can climb into bed and snuggle with him. I slept on an inflatable mattress by his side all night - using the word "slept" very loosely of course.

Please go here to send Kate a word of comfort during this time.

Posted by elizabeth at 9:25 pm

Email ThisBlogThis!Share to TwitterShare to FacebookShare to Pinterest
Labels: May God protect Noah, praying for Noah

his story is breaking my heart. I can't begin to imagine.

Continuing to pray. Thought of him when I woke up this morning but no update yet.

Keeping them in my prayers.